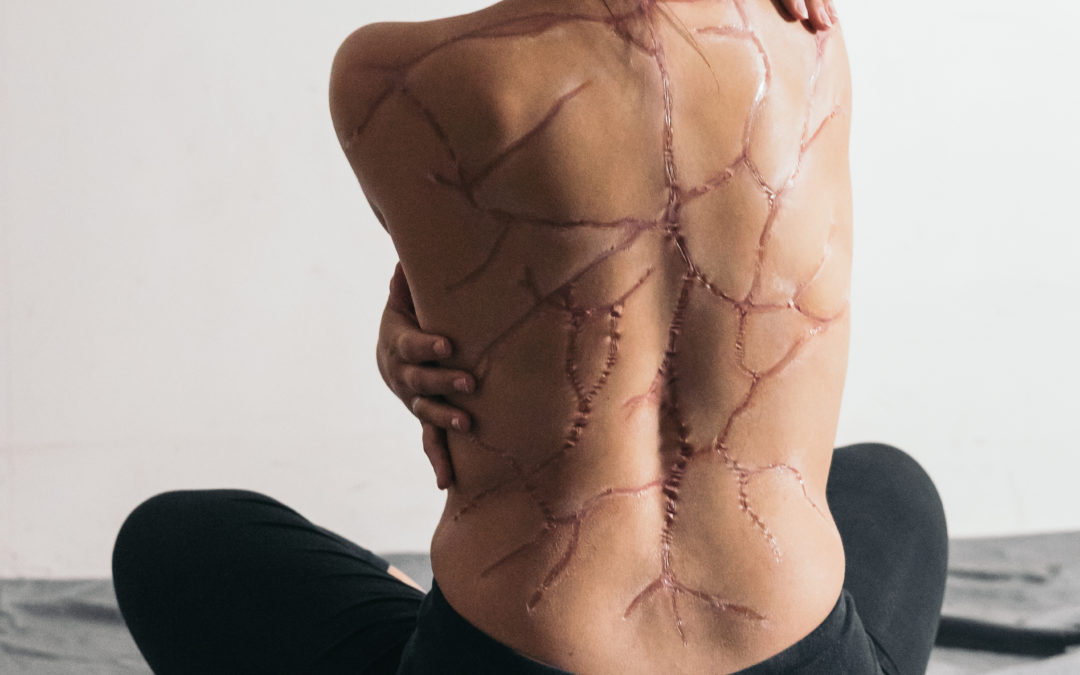 I’ve always believed as art as a form of therapy, as a way of processing emotions and helping to deal with pain and trauma, to help visualize feelings and events that are too hard to explain to others. As a makeup artist, I always had a hard time findings ways of using my medium as a tool for this though. majority of the time on shoots I’m hired on to add to someones else’s vision and follow their directions. I realized that to correct this, I needed to take creative control and organize my own photoshoots to tell the stories I wanted or needed to tell. 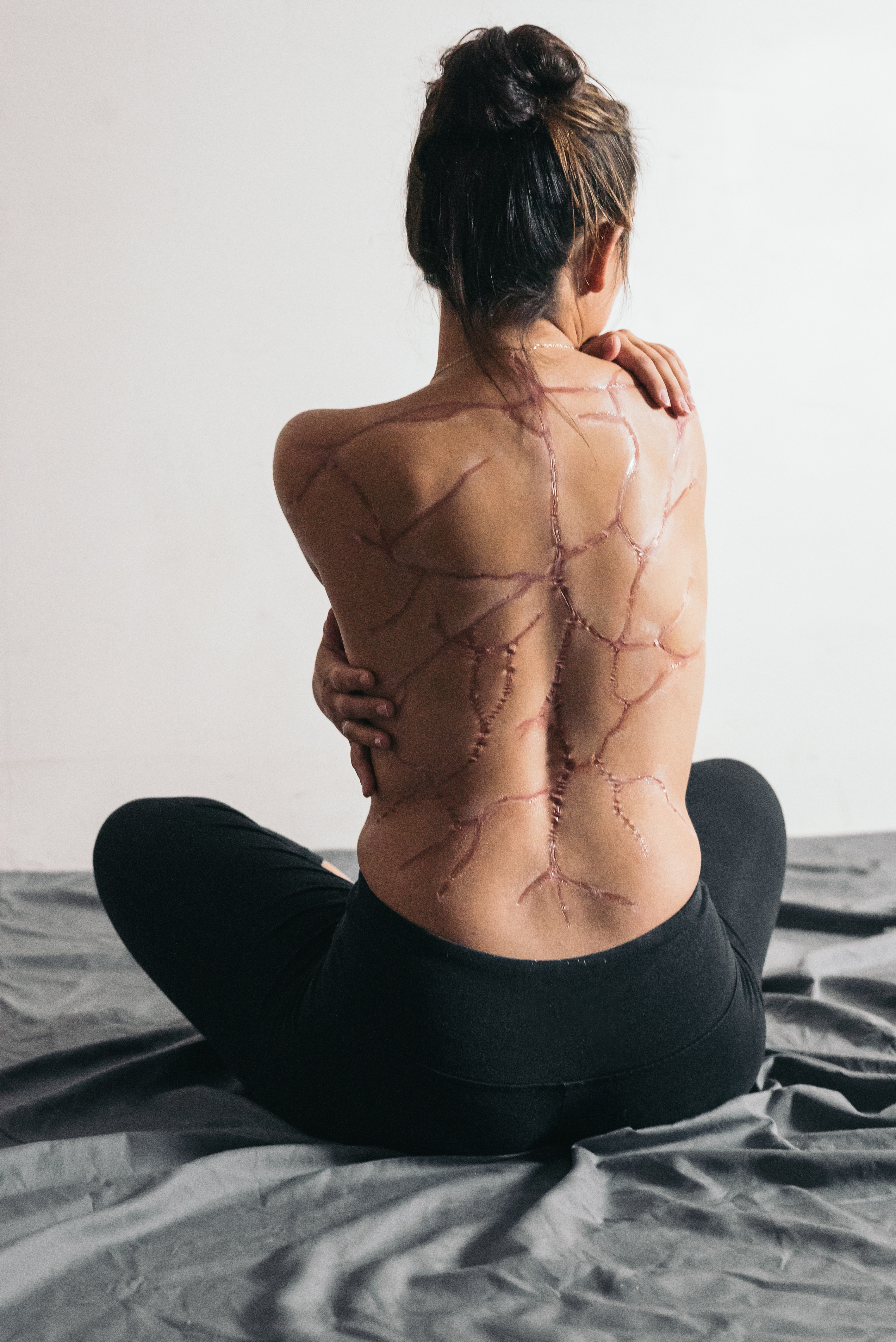 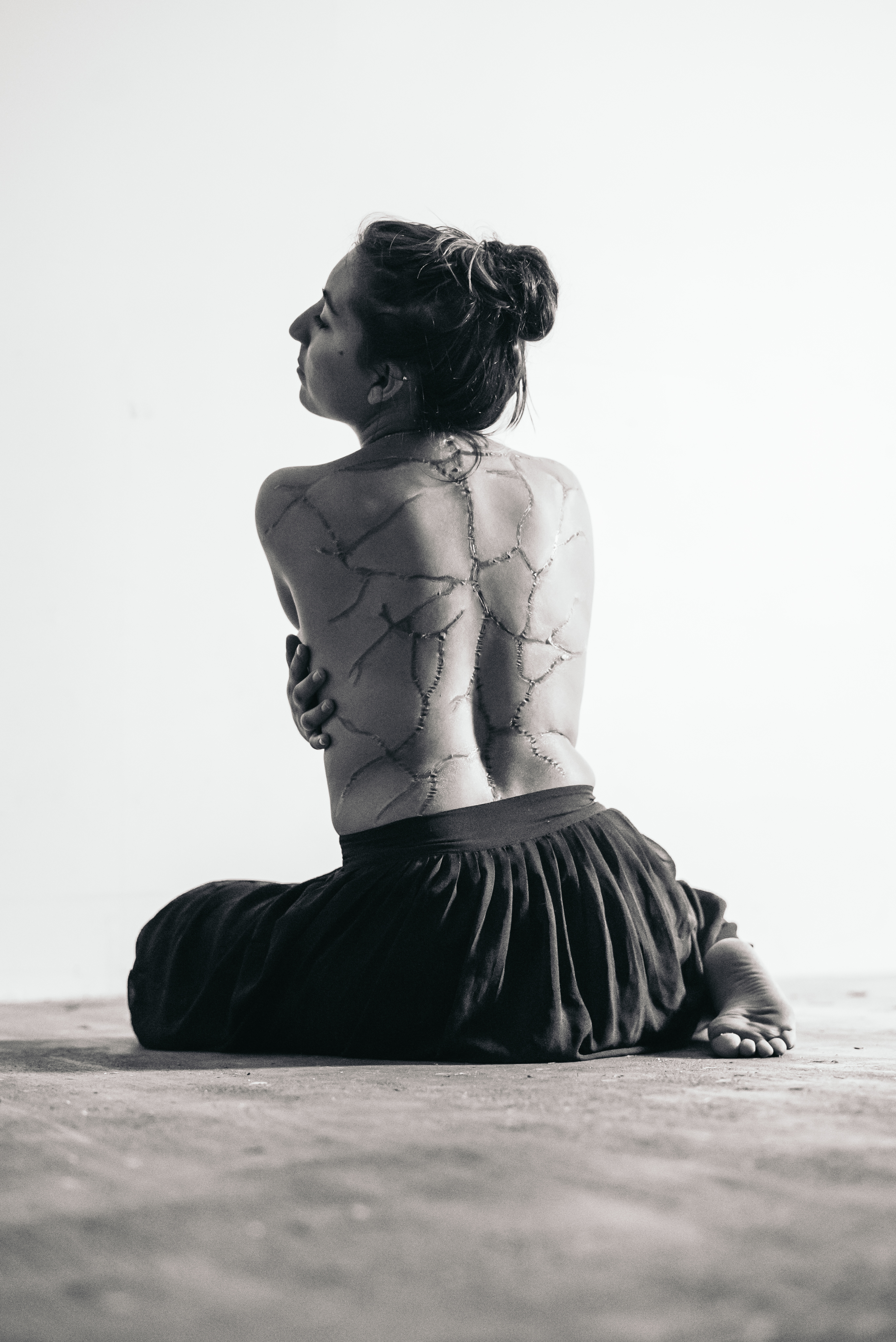 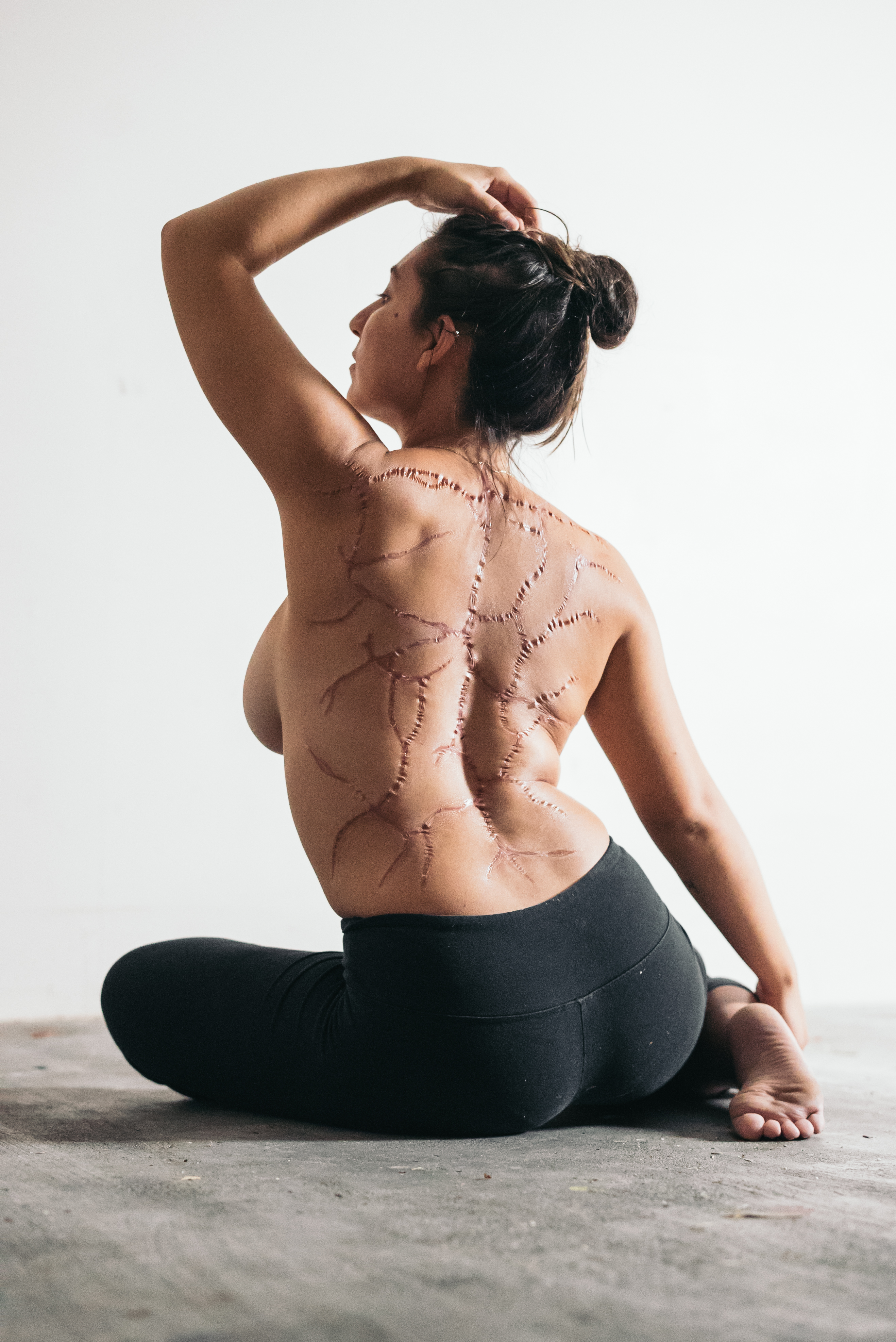 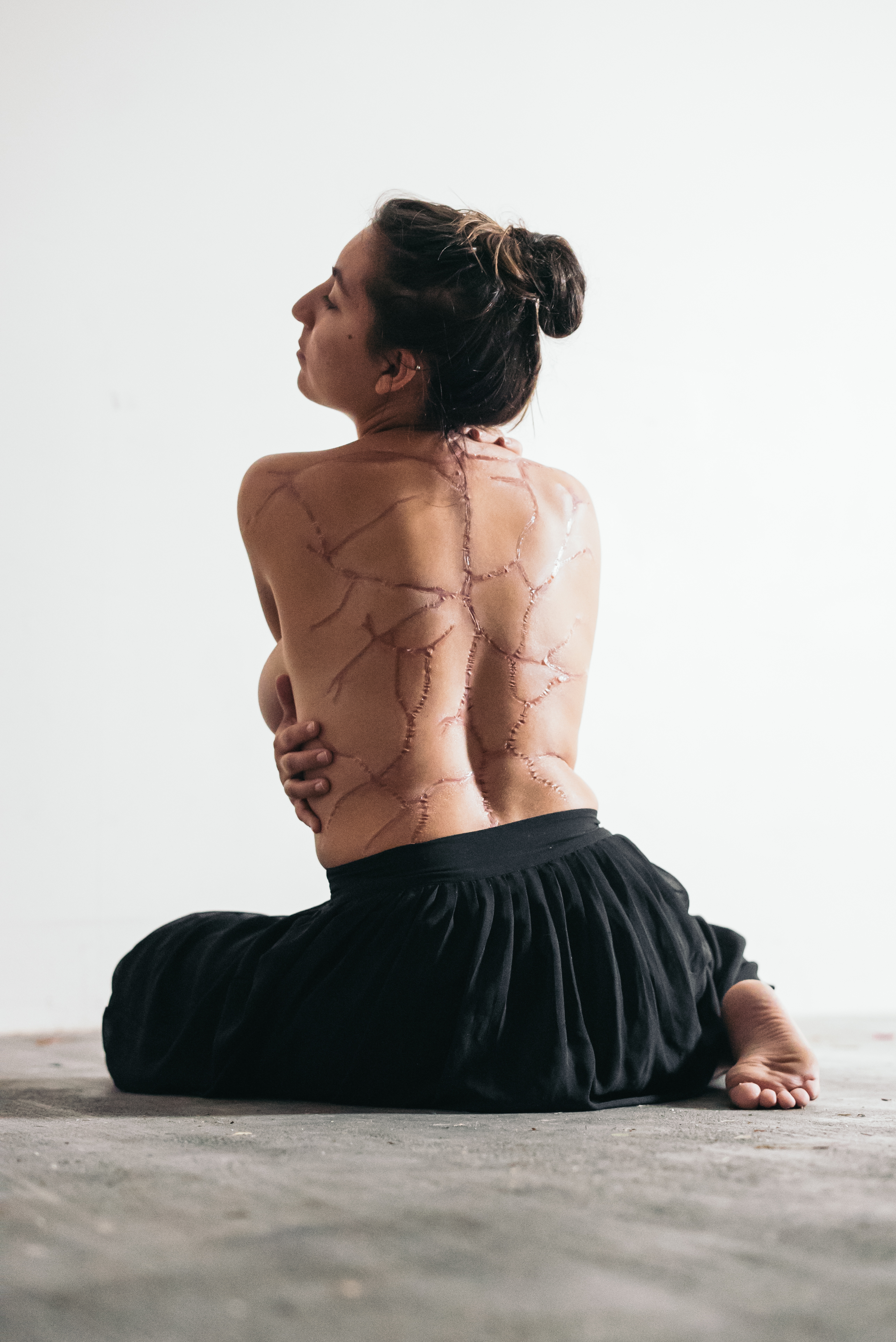 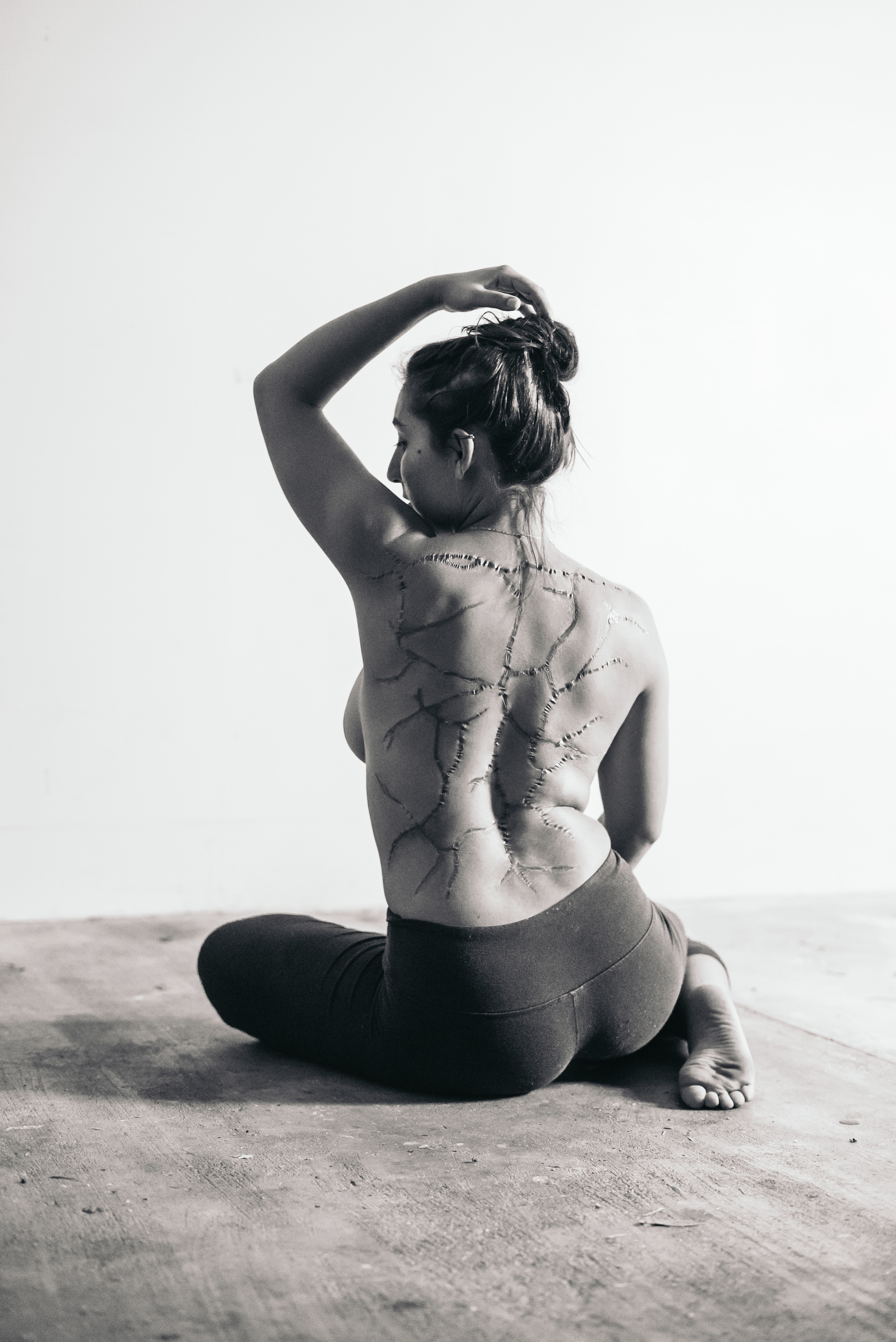 While in Texas in June, a member of our crew was involved in a terrible accident and suffered massive physical trauma, so much so that over a month later he’s still in the hospital. I was one of four people who raced to the hospital the night of the accident. The experience of being there for 12 hours, not knowing what was going to happen is one of the most surreal of my life. After that day me and my friend Ben went and visited everyday until we had to leave town to complete the film we had all been on. Since then a group text chat has been keeping me updated on his progress, and its been amazing to see how much the doctors have been able to do for him and how much the human body can take and do.

That first night when we to the hospital, after being there for several hours, the surgeon came in and started the long list of all the injuries he had suffered and everything they were having to do to save his life. I broke down crying as he rattled off the extensive list. It was the moment when we all realized the full extent of what had happened. After the surgeon left to go back to the OR, the four of us sat there trying to wrap our heads around what was happening and trying to sort through our emotions. I continued to cry. At one point I said, “It’s so much damage. What do we do? How do you come back from all that?”

But he has endured, he has begun the healing process. He has fought through countless set backs and potential risks and dangers. And he will continue to do so. It won’t be an easy process or a short one, but it’s one that he has started on. The body can recover from so much trauma. In all this, I’ve been so amazed to see what the human body can endure and come back from. The fact that it can take so much damage and still survive is absolutely incredible.

A few days after the accident, while on set I can across this concrete bench that had been badly cracked at some point.The cracks had been filled and repaired, but they were still there like scars. Forever a reminder of the damage it had taken. I was instantly intrigued by the pattern and wanted to recreate it in someway. 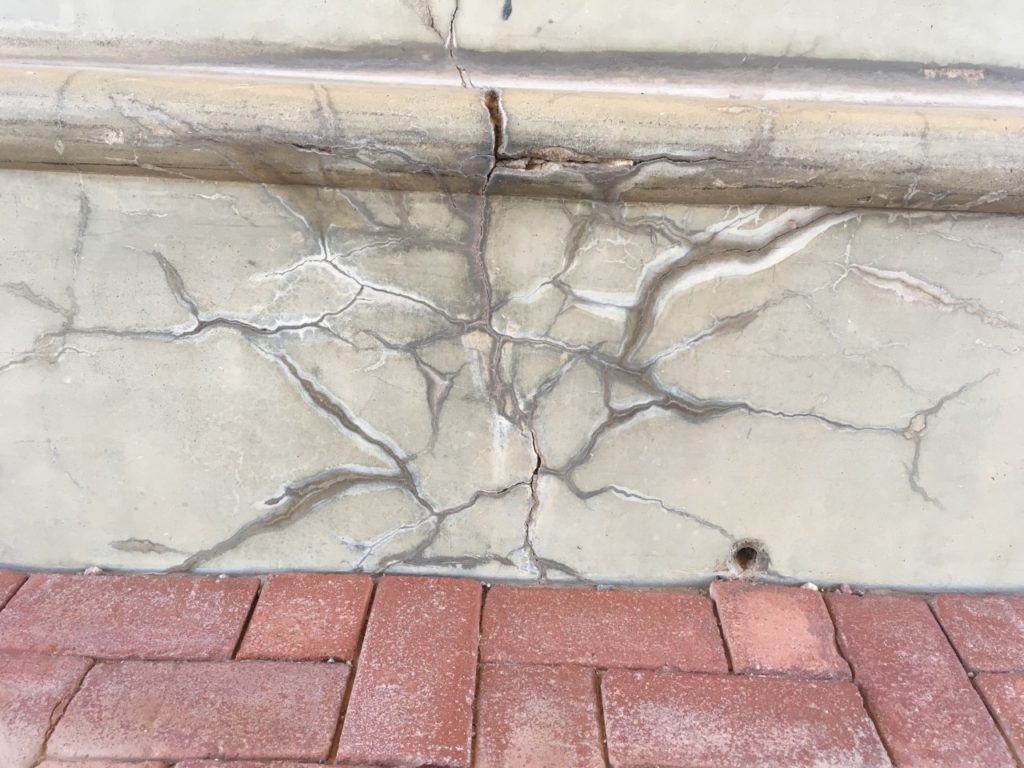 The more I thought of it, the more the idea of of a cracked body merged with everything that was going on. And so it morphed into this concept. The idea that something could be so damaged but still stand up, be fixed and recover. Not just inanimate objects, but the human body as well. I wanted to do this makeup as a tribute to that. To all that the human body can take, and that people can learn to move on from both the seen and unseen scars. To focus on the healing that was happening and the strength of continuing.

This is the first shoot I have ever done from coming up with the concept, putting together a team to create it, and then executing it. I’m really glad I did this as I’m so happy with how the images came out, but also feels good to turn my experience into art that I hope others relate to and respond to. Thank you so much to Audrey for taking these beautiful photos. And thank you so much to Amanda for becoming my canvas and bringing your grace to this shoot. So grateful to have such amazing and supportive people in my life.